Restaurant has closed its operations for this season. 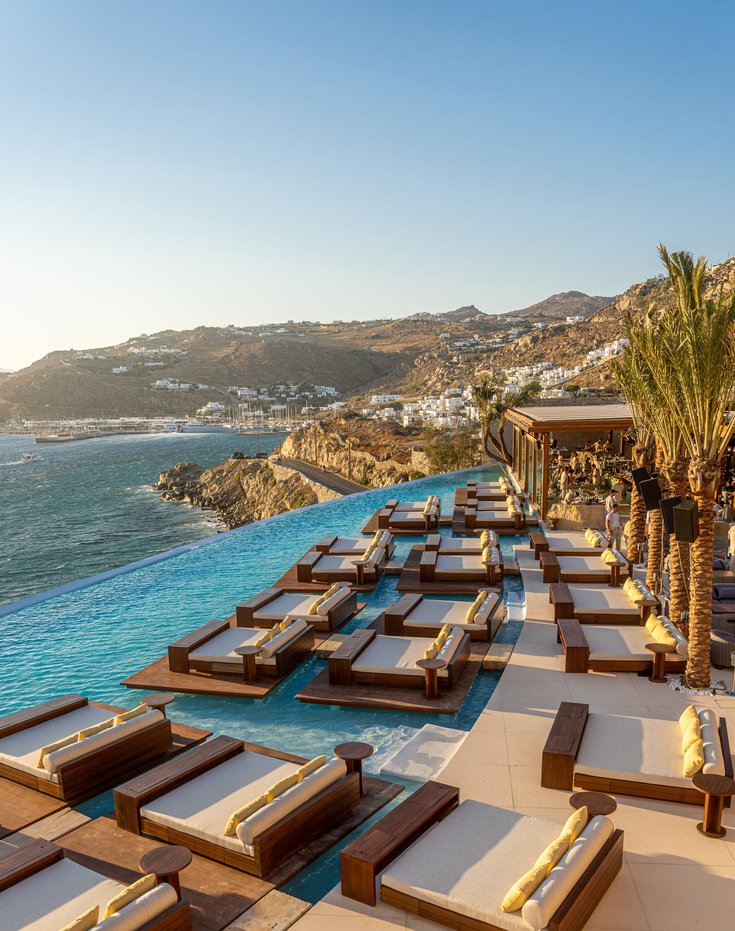 Enjoy Grecian vistas and glorious sunsets across the Aegean seascape from the comfort of our sunbeds. These luxurious beds furnish an idyllic infinity pool, allowing guests to enjoy the Zuma experience, the Mykonian way.

View All Request A Reservation 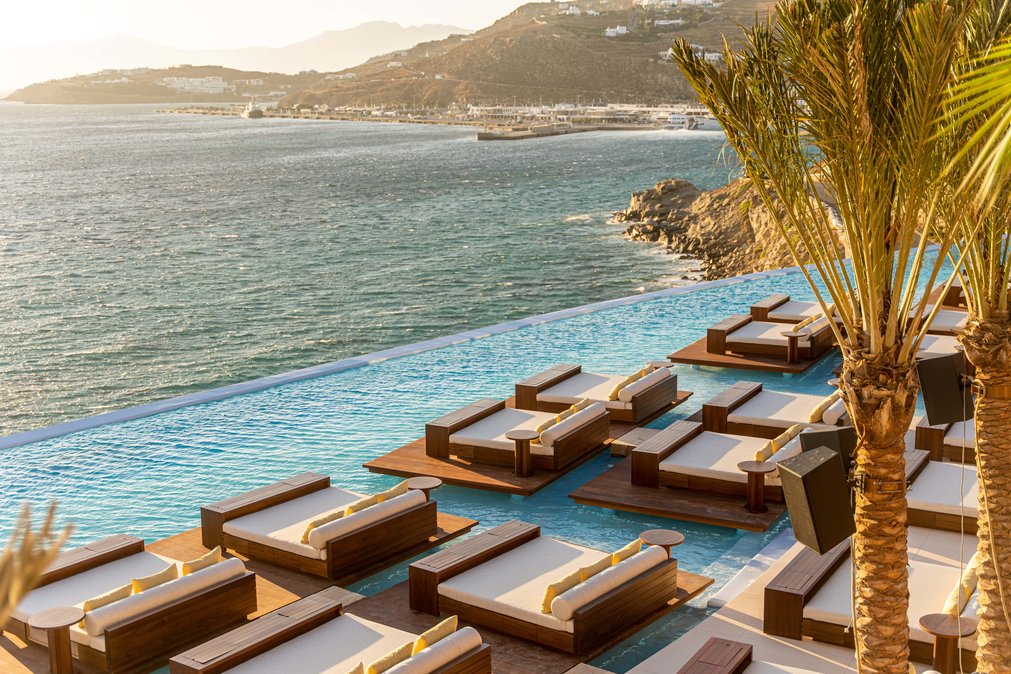 Our sleek infinitely pool has a mix of deck beds and floating beds during the day. In the evening the beds can be reserved to enjoy sunset with a cocktail in hand. 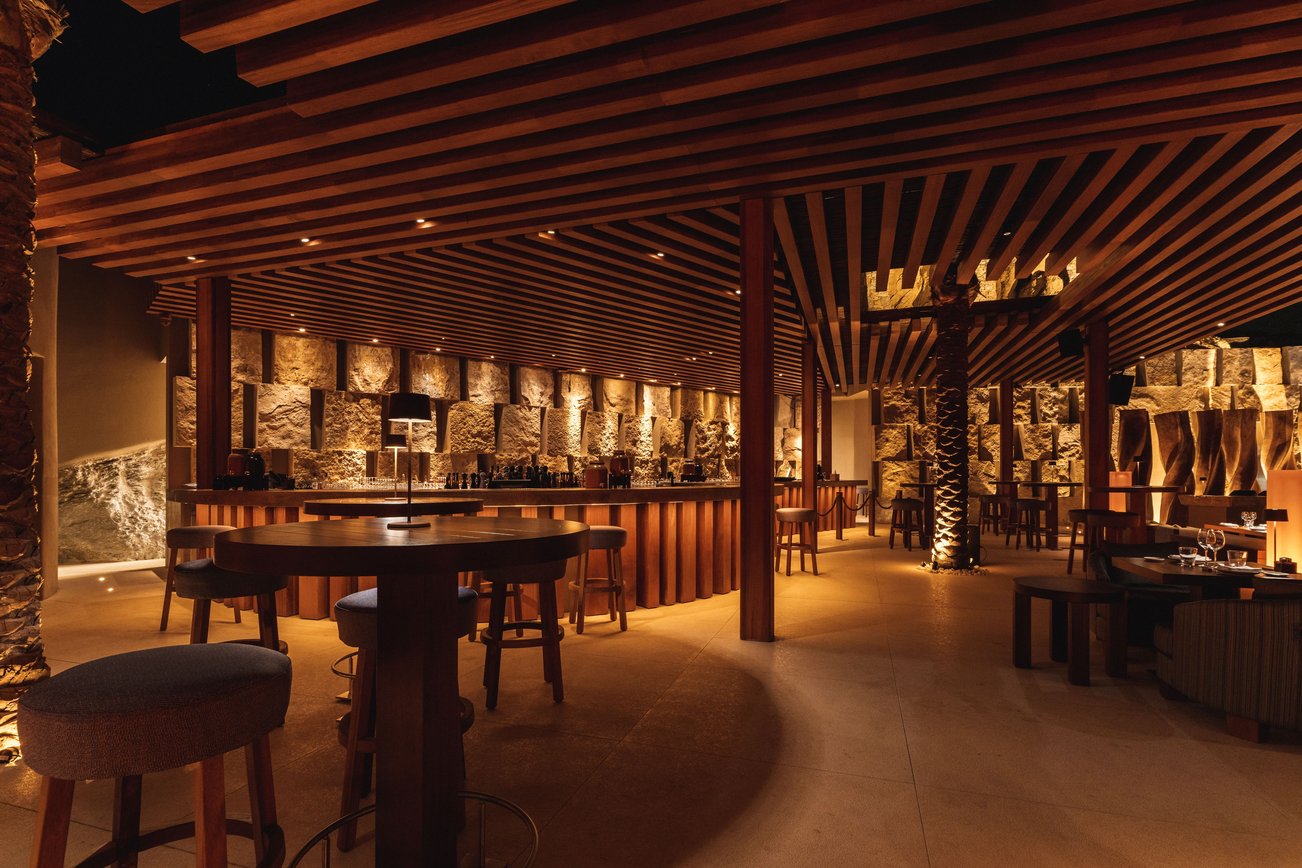 Our bar is open throughout the day and serves a wide selection of summer cocktails as well as contemporary classics. It also offers an extensive range of wine, beer and over sake. We take reservations for drinks & snack on the high top tables, the rest of the bar is available for guests to walk-in. 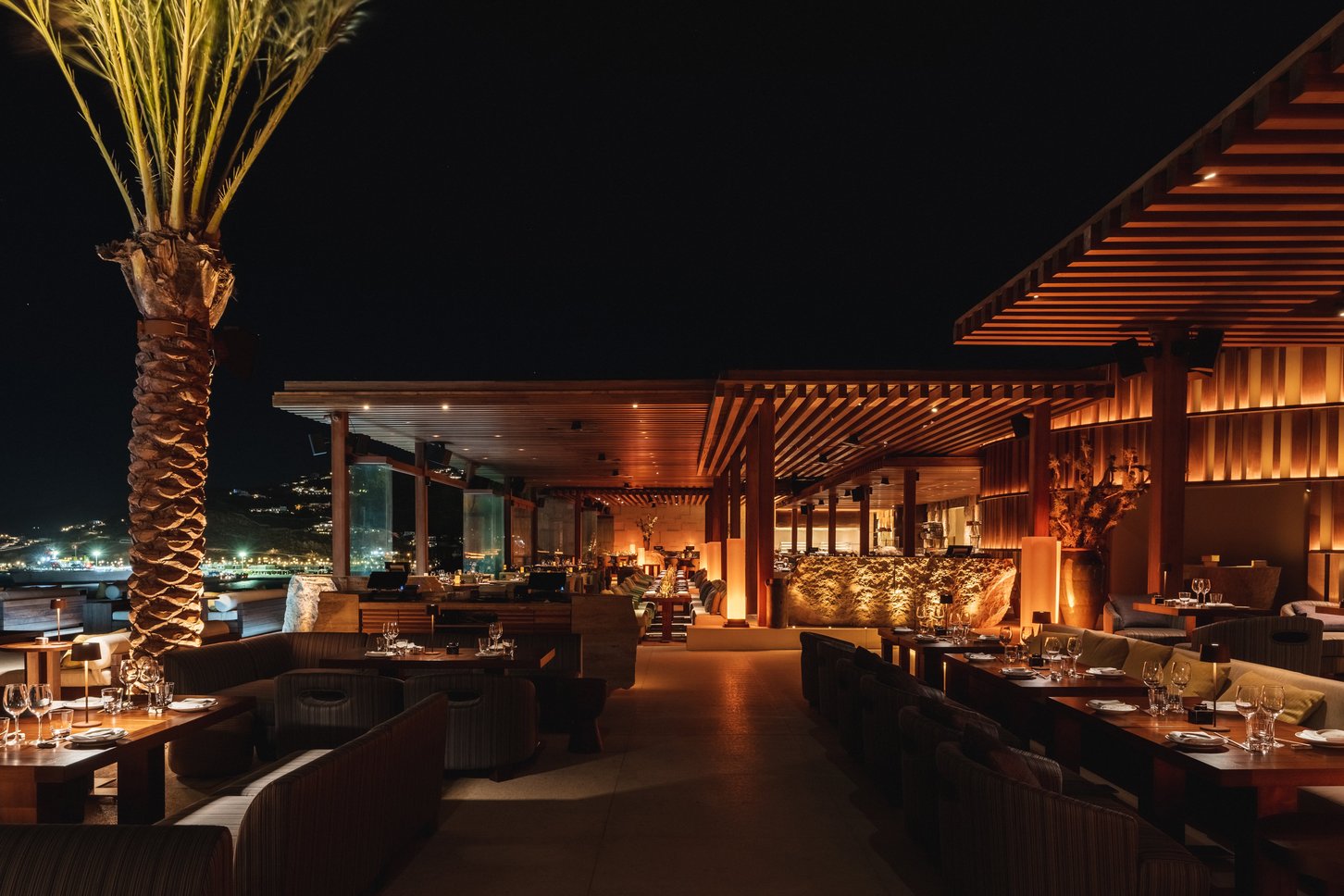 The lounge offers a relaxed yet sophisticated experience, perfect for a laid-back lunch or vibrant dinner soaking up the sounds of the DJ.

Our DJ ́s take guests through from day to night. During the day guests at the pool and bar can enjoy vibrant beats whilst soaking up the ambience. In the evenings, the DJ brings the energy and creates a multi-sensory experience. 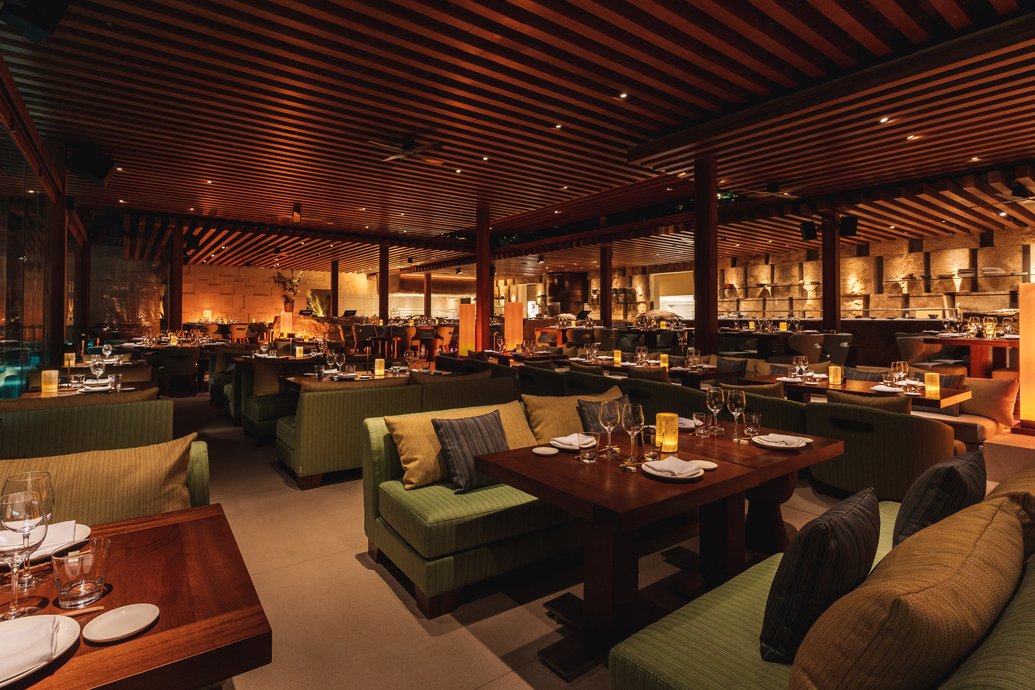 A variety of seating options complement the main dining area which is dominated by the open kitchens. The design embraces the natural beauty of Mykonos whilst staying true its contemporary Japanese roots. 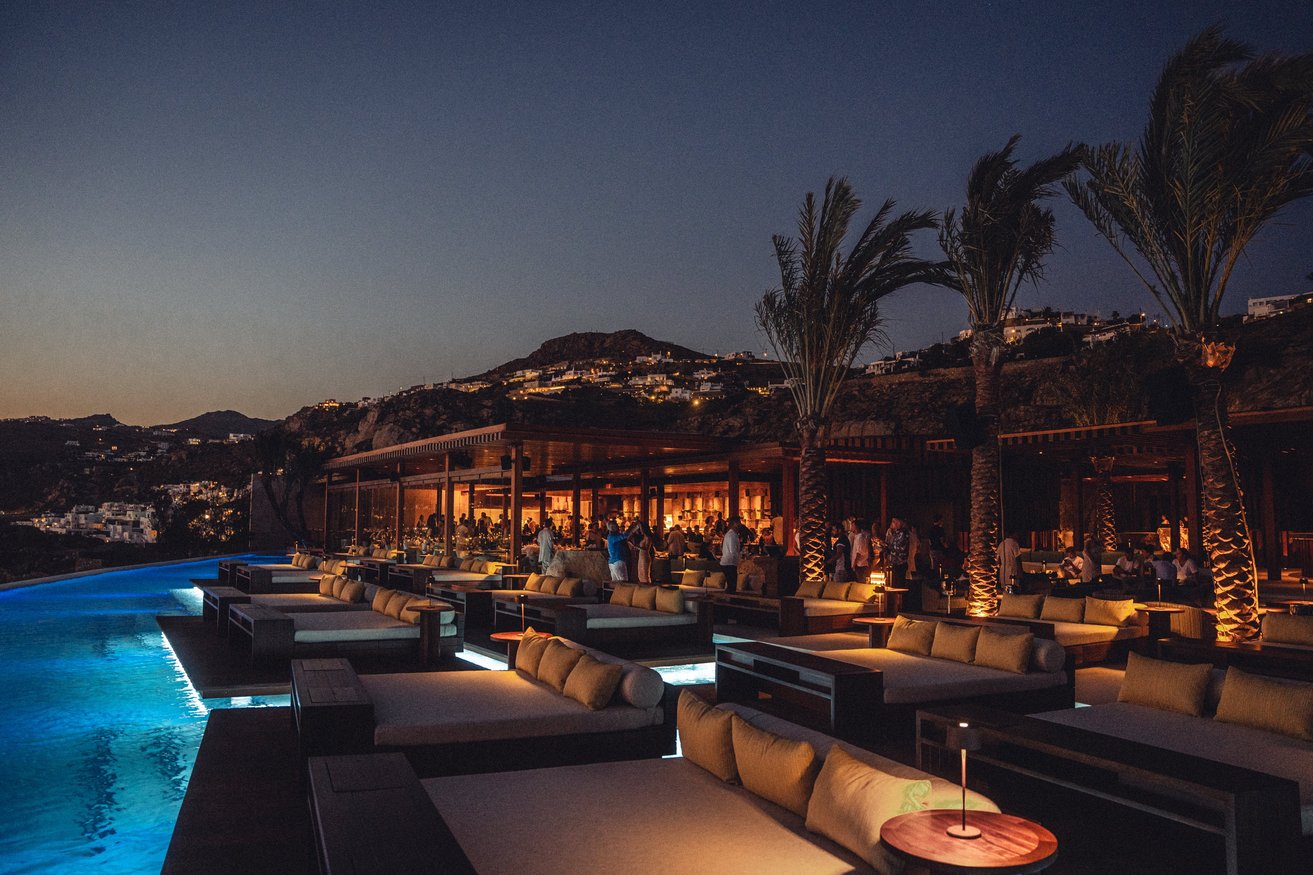 We cater for a range of large group bookings or events, whether it’s a drinks party or large dinner – we can custom design an experience for you.

Zuma Mykonos also offers an outside catering service allowing guests to enjoy the Zuma experience in the comfort of their own Villa, Yacht or chosen location.
Contact us on [email protected] for more details. 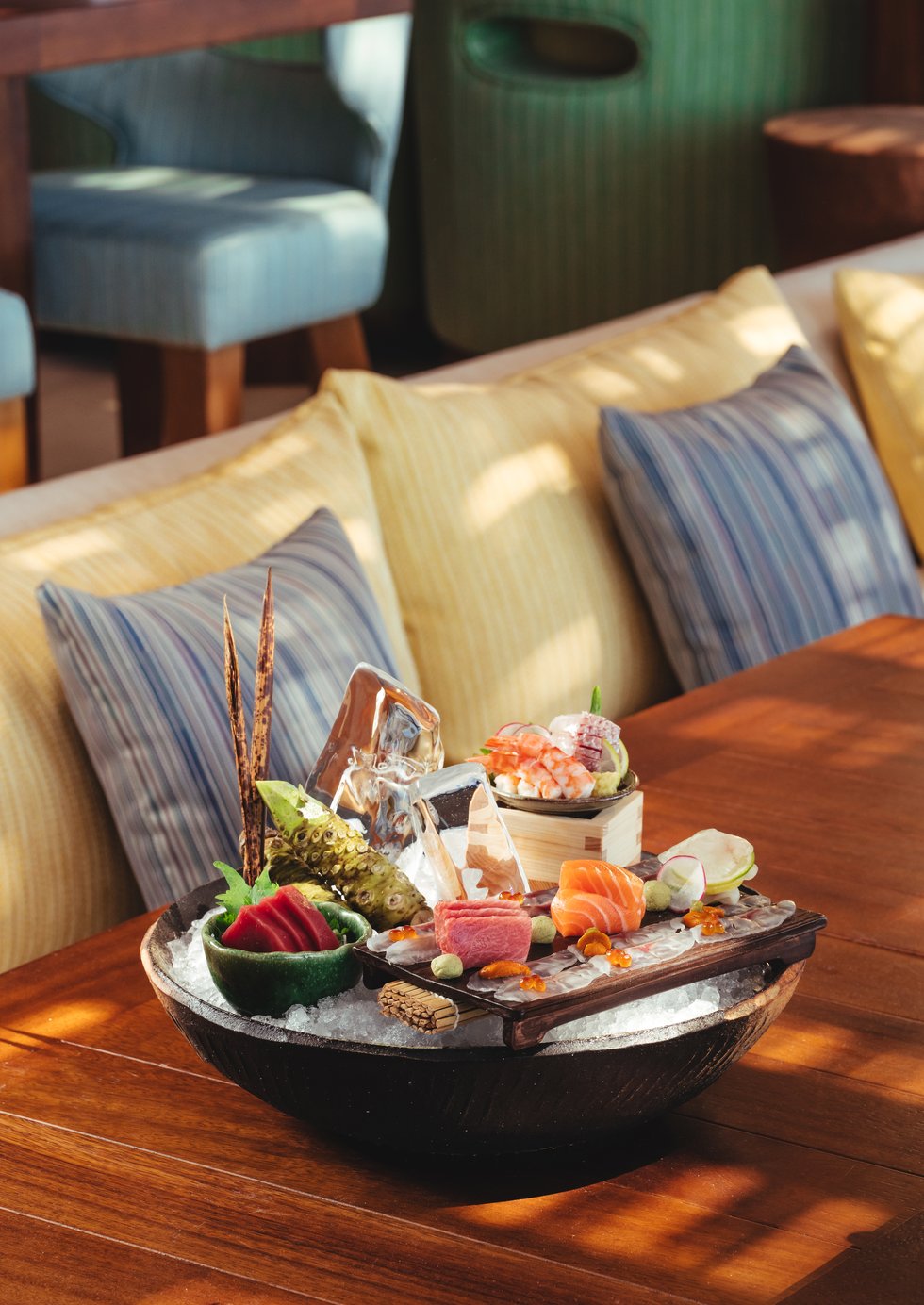 For dinner, the restaurant serves the full Zuma menu.
The sunset deck beds will serve a snack menu of small plates, with Japanese adaptations of classic pool-side dishes in evening.

Thank you Rainer! Someone will get in touch with you soon with more details